On April 1, 2021, Max Barber, the creative director of London-based Born This Way Media Ltd., asked Dr. Tamás Balogh, a maritime historian, wreck researcher and author of the Encyclopedia of Ocean Liners, whether he join to the production of a new documentary series with six 60 minute-episodes, which has just entered the pre-production phase with the working title “Lost Lines - Palaces on the Ocean Floor”. Tamás Balogh joined the project as specialist of historical and engineering analysis, as well as the technical drawings and design, the details of which he gives an insight into below. Those interested can find out about the content of each episode and the results of the historical background research that forms the basis of the script, as well as the plans used to create the visual world of the film series, at the following links: Ep1, Ep2, Ep3, Ep4, Ep5, Ep6.

I.) What is the series about and how was it created?

When most people hear the word “ocean liner,” TITANIC comes to mind. However, eventually released as “Secrets of The Lost Liners,” the docmentary seeks to free the category from the shadow of this single ship and provide a credible picture of the design, services, and loss of the world’s largest ocean liners as a series of in-depth maritime history. The series shows thus the most famous trans-oceanic passenger ships - the CAP ARCONA (1927-1945), the NORMANDIE (1932-1948), the REX (1931-1944), the QUEEN ELIZABETH ( 1938-1972), AMERICA (1939-1994) and ANDREA DORIA (1951-1956) - that have sunk in the last 100 years as a result of war, accident or human error, and in addition to the historical chronology of events, the series give an overwiew about the evolution of ship-design and safety systems. 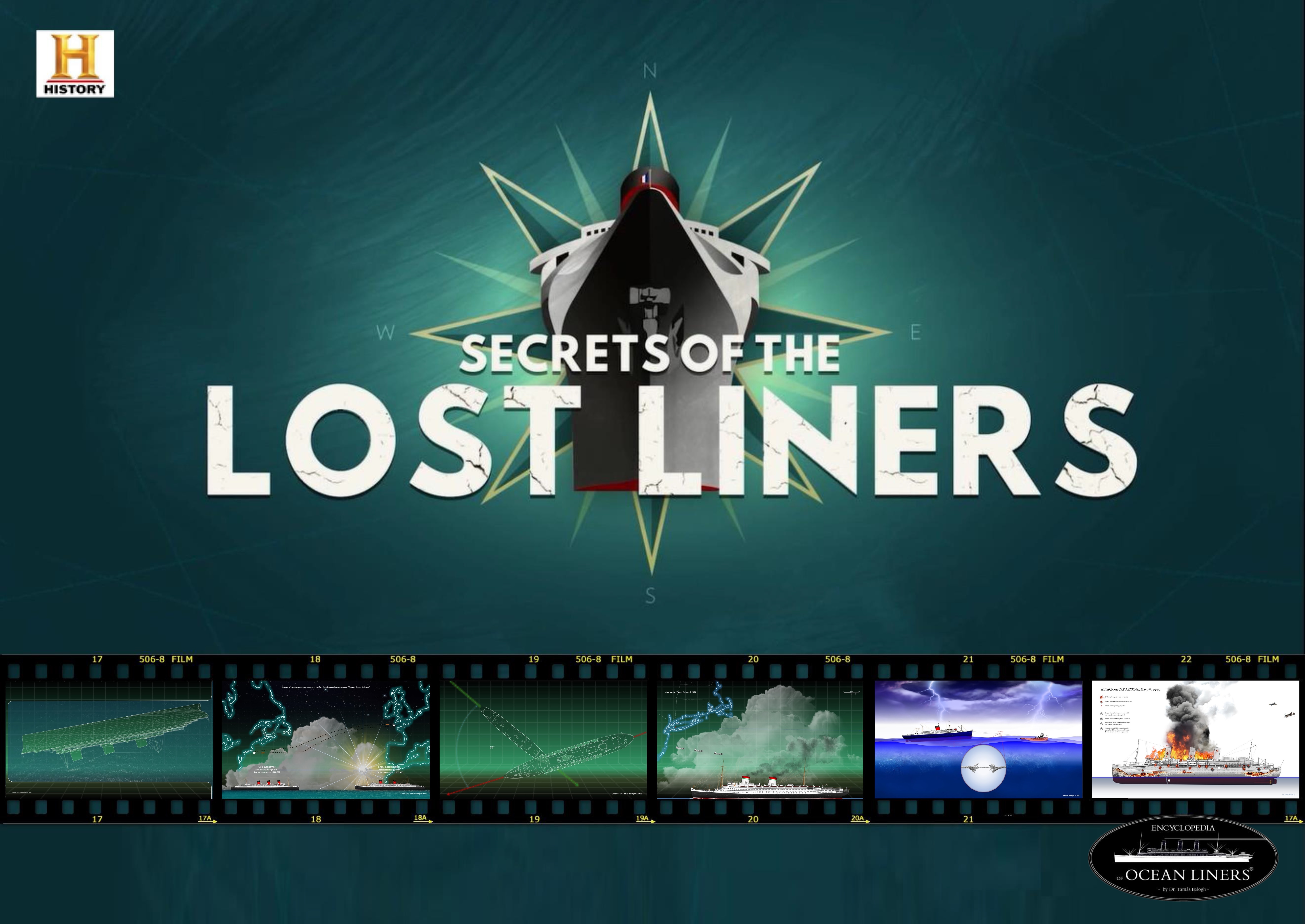 Fig. 1: The preview of the series and the first episode can be viewed here.

The series have been the result of a major transformation in the television  market from June 2020 to November 2021, when Arrow Media of the United States created a new platform for documentaries and content providers in the United States and the United Kingdom, and Herbert L. Kloiber of Night Train Media in Germany has acquired British BossaNova Media Ltd, a UK television rights distributor, co-producer, co-developer and commissioner of television works. In collaboration with the two of them, they created the acquisition fund, which is now creating the second major series of documentaries. As part of this series, the first 6 episodes of “Secrets of a Lost Liners” have been created, followed by further episodes.

The team of creators formed by the British Content Kings Ltd. Production (a group of leading companies, independent creators of TV and multi platform programming experts), and colleagues of the Born This Way Media Ltd,  - producers and directors Jason Davidson and Peter Roch , and co-producer Max Barber - who created for, among others: the History Channel include BBC, ITV, C4, Channel 5 , Sky, FOX, NBC, Paramount, National Geographic, Facebook Watch, Netflix and YouTube Originals.

II.) Why and how had been managed to get involved in the work as a Hungarian?

As Max Barber learned of Tamás Balogh’s project to show the history of ocean liners, which resulted in the creation of the world’s largest collection of digital ship profiles, he assumed the creator might be able to get involved in filmmaking.

He hit the nail on the head: after agreeing on the details - abouth exactly what is needed for the production - Tamás Balogh was happy to say yes to the honorable request, after all as the result of his work 500 ocean liners - built between 1830 and 2003 by 100 shipping companies from about 20 countries - were digitally formed. In addition he processed the preliminary plans in the case of 12 ships from 7 shipping companies in 6 countries, and also drew up 2 ships which, although construction had begun but were never completed, and 3 which had been converted into warships. Finally, he produced drawings of 27 ships commissioned by 17 shipping companies from 7 countries, the construction of which was never started.

This work serves several purposes at once. On the one hand, as part of its general dissemination objectives, it contributes to the publication of a large-scale encyclopedia of the history of ocean liners and to the organization of various exhibitions on ocean-going passenger ships, providing the necessary 2D graphic representation. On the other hand, it was created specifically to support the authentic and detailed display of ocean liners in various film productions by the 3D vizualization of ships. 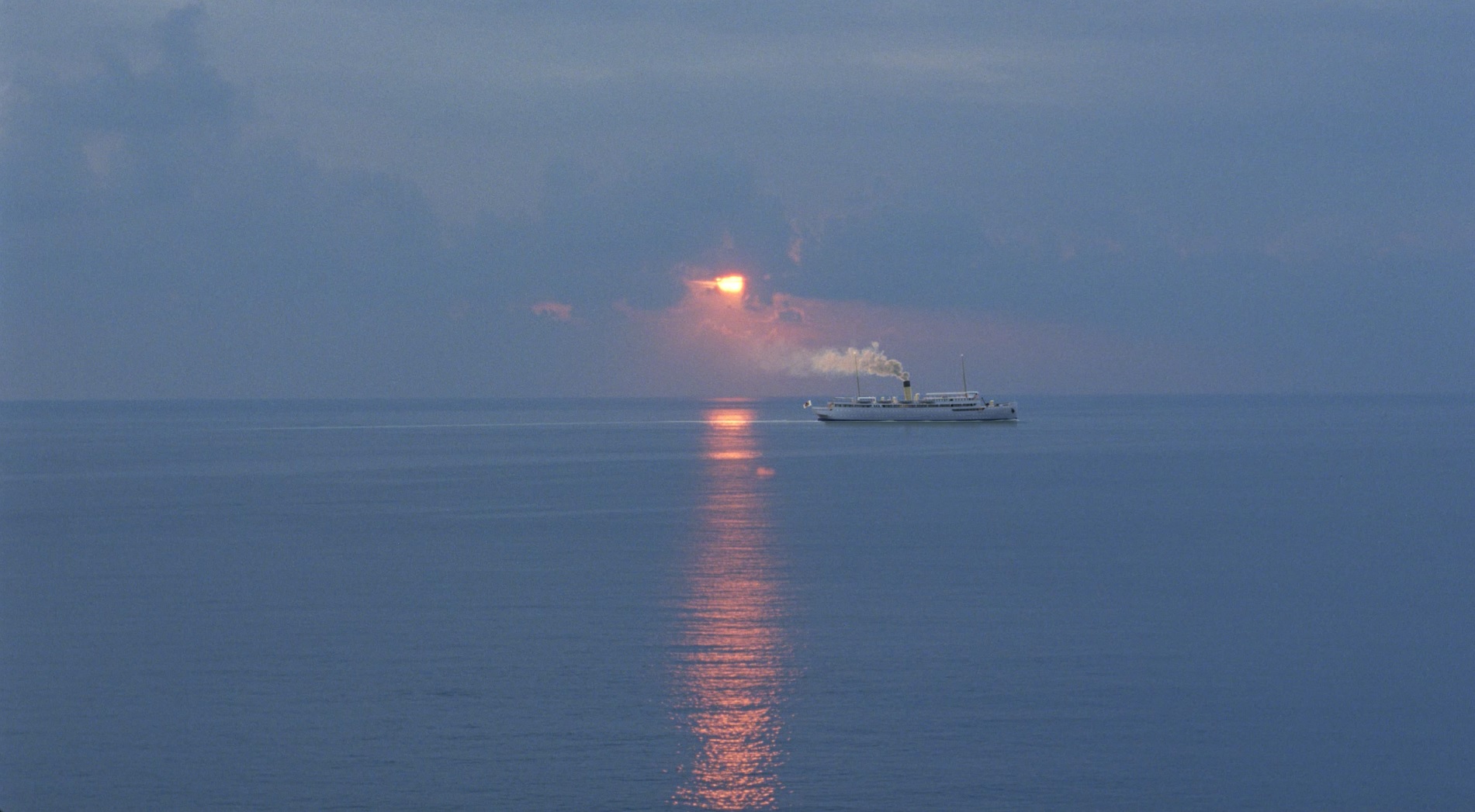 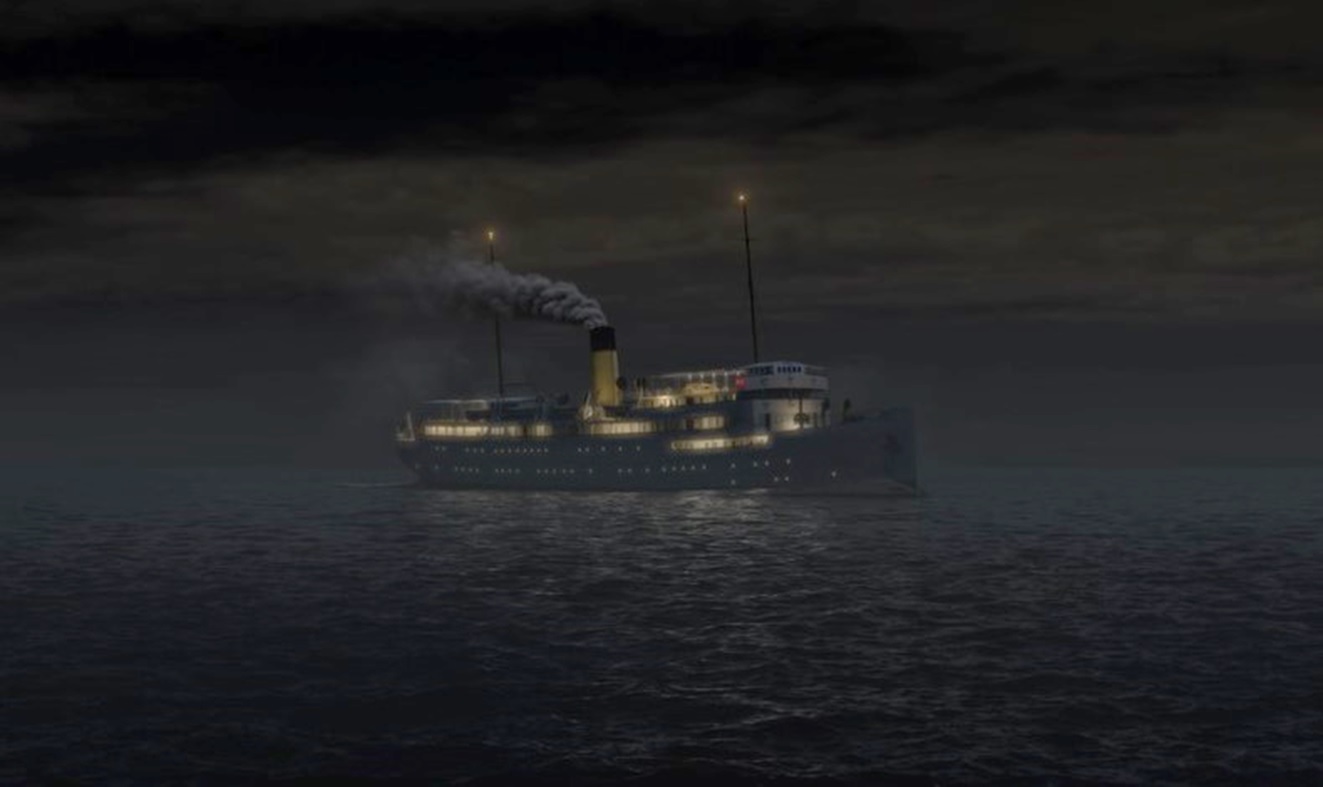 Fig. 2: An ocean liner designed by Tamás Balogh in one of the scenes in the film.

The uniquely huge and accurate digital database provided the right basis, which, together with previous references, enabled the artist to participate in the creative process as a Hungarian - together with Benett Gyurik,  animator of the technical drawings, and Péter Könczöl post-production supervisor - for a film series in which he was able to work with the world's most renowned experts and researchers in the history of ocean liners. The list of contributors in the film series includes the names such as Mark Chirnside of Britain, or Dr. Stephen Payne OBE who is the designer of the only real ocean liner on the world at this time, the QUEEN MARY 2. The quality of the film series is revealed by the fact that in addition to the best experts, the richest public collections, (including the National Archives of the United States and the Library of Congress, the Royal Institute of Naval Engineers, and the archives of the French Line) have been provided their collection for the production.

III.) How was the digital profile collection created?

Tamás Balogh became a lover of ocean liners as a child, effect of "The Great Book of Ships" written by Imre Marjai (founder the Association which led by him now), and the image of the sinking TITANIC in that book, painted by Willy Stöwer, and began making drawings of various types of ships, including ocean liners as well. 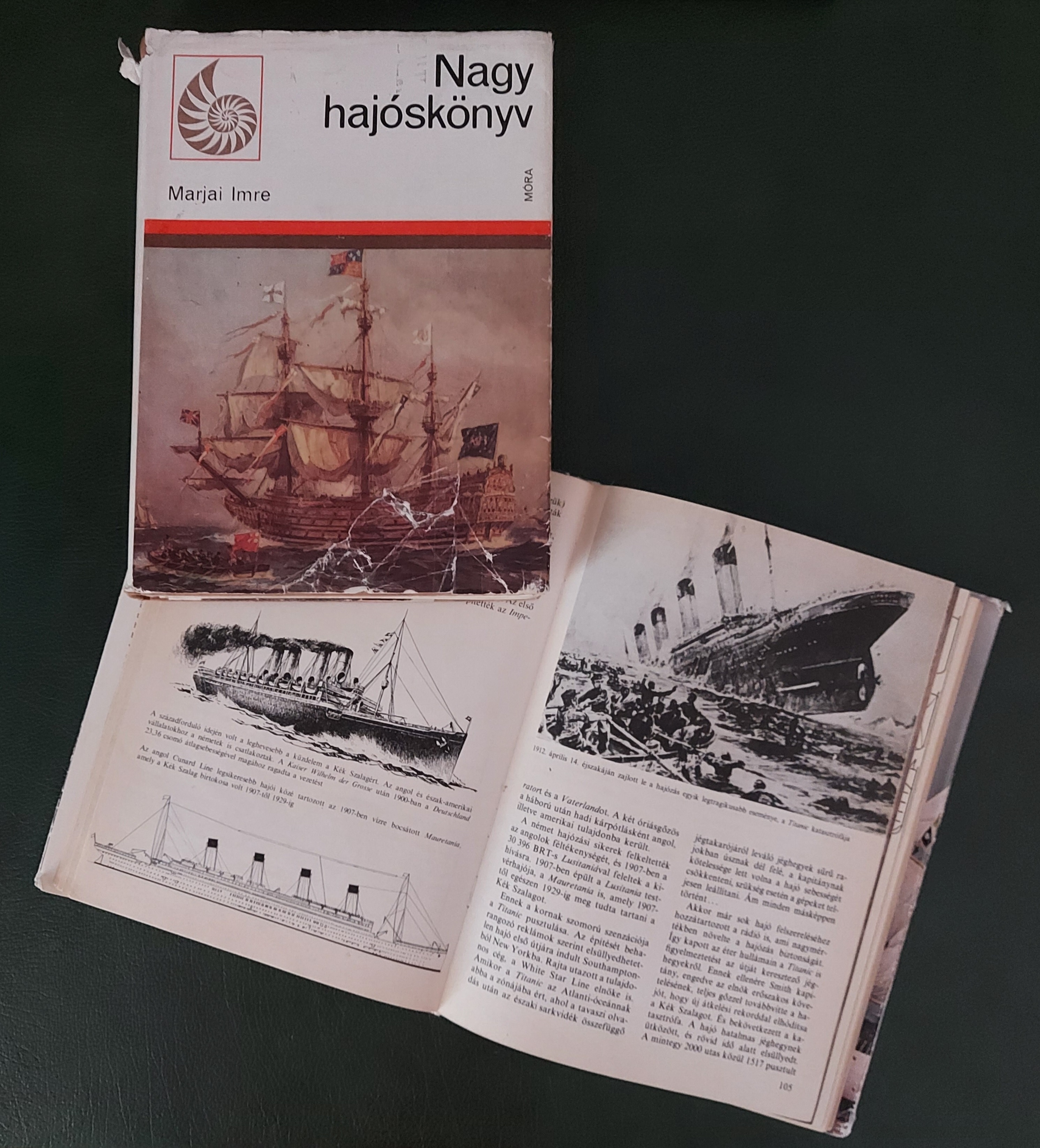 Fig. 3: Imre Marjai: The Great Book of Ships (Móra Publishing House, Budapest, 1981). On the left is the author’s own drawing of the German liner DEUTSCHLAND, and on the right is a painting by Willy Stöwer of the TITANIC disaster.

However, in addition to the perspective drawings depicting the ships, numerous side and top view drawings have also been made to compare the sizes of different ships or to analyze some of their details. 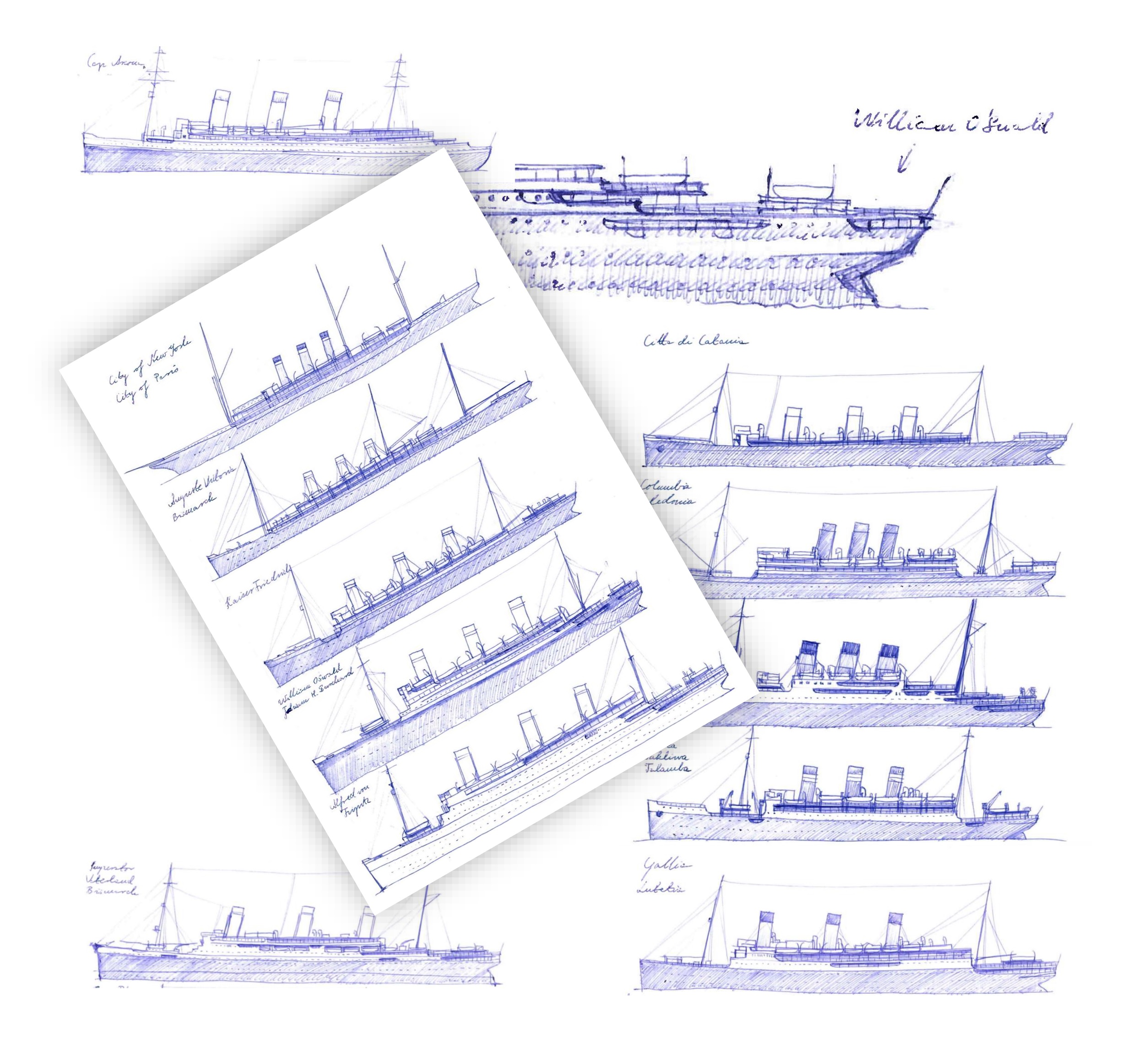 It all starts with sketches like this. They help to engrave the form deep into the mind, while also raising awareness of the details which have not yet been thoroughly learned, so more information needs to be obtained about them.

This is followed by the collection of missing information, which can sometimes take years. After all, it is necessary to visit the archives preserving the original plans of the ship, the museums presenting the builder's models and to research as many contemporary photographs and publications as possible, which can give a credible presentation of the details in question. Drawing can only begin after this, based on the information gathered from the documents used as a source. So it is clear that countless sources help clarify all small parts of the ships, down to the most magnute details, until a profile drawing can be made.

IV.) How was animation made from the digital plans?

"Secrets of Lost Liners" documentary production was in the pre-production stage when Tamás Balogh were invited (pre-production is the work done on a film before full-scale production begins, such as the script, casting, location scouting, equipment and crew, and the shot list, i.e. it is the planning stage). Thus, Tamás Balogh had enough time to design the visual world and the animation elements to be presented for each of the 6 episodes.

It soon became clear that directors and producers were not interested in using CGI produced using 3D models, so they opted for 2D animations instead. In line with this, Tamás Balogh built the entire visual world by analogy with the making of technical drawings, in which the individual ships were placed into a gridbox (in front of a lattice background) evoking the added lines of section paper used by engineers, creating the optical illusion of a three-dimensional space by this way. A set of three plan sheets was prepared for each vessel, which included the body plan (together with the half-breadth plan, sheer-plan and rigging plan), general arrangement plan (with cross- and longitudinal sections), and as well as the paint scheme.

Fig. 7: Digital blueprints and longitudinal section for the episode about the ocean liner NORMANDIE  (Dr. Tamás Balogh). Further still images from the planning periode of the creative work can be seen here.

These formed the basic elements, which then made motions during the animation. The sequence of the animation scenes was entirely designed by Dr. Tamás Balogh, who also wrote the screenplay for the scenes containing the animations. The directors of the series gave a completely free hand to this, their instructions did not restrict the creative process.

The preparation of the scenarios was preceded by a thorough analysis of the history of the ships presented in each episode, extensive archival research, including the original records of official investigations into the shipwreck, so that those interested could see in the animations exactly that,, what which and how happened actually. 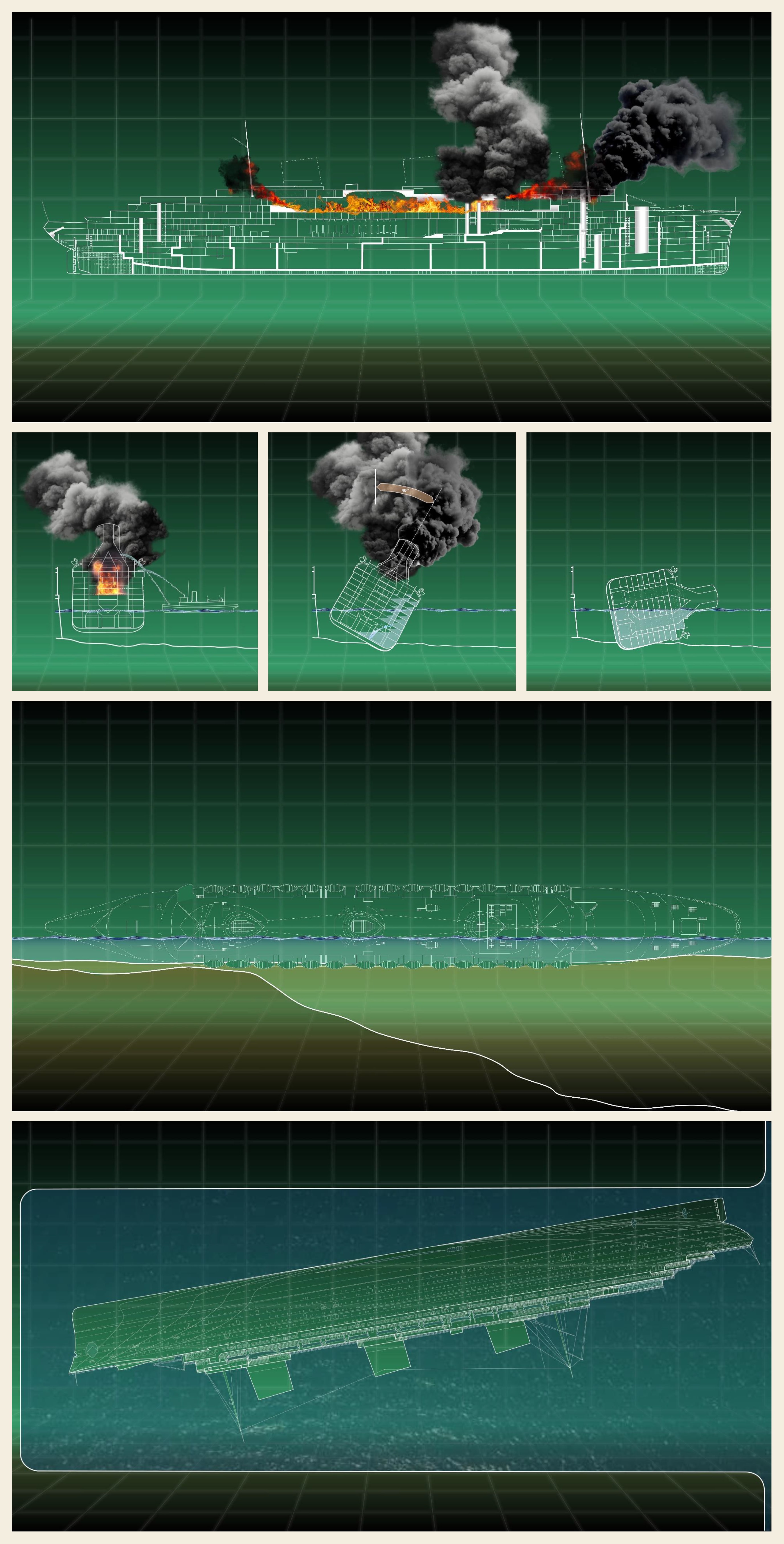 Fig. 8: An animation of the destruction of NORMANDIE accompanies the agony of the ship from the ignition of the fire trough its spread on decks, to the stages of extinguishing the fire and to the capsizing of the ship due to asymmetrical flooding with fire water (Dr. Tamás Balogh).

The directors did not intervene in this work process at all - only after watching the animations made by the Hungarian team, commenting before incorporating them into each episode of the film series - in order to signalize minor modifications which were necessary for use, but apart from these, the animations were accepted, essentially without change.

This - in addition to the research (that forms the basis of the animations), the animation script and the recognition of the quality of the design - is primarily praises the work of Benett Gyurik, who worked as an animator, and Péter Könczöl, who was responsible for quality assurance.

The six episodes of the first season of the series will begin airing in the spring of 2022 on the British program of the History Channel. 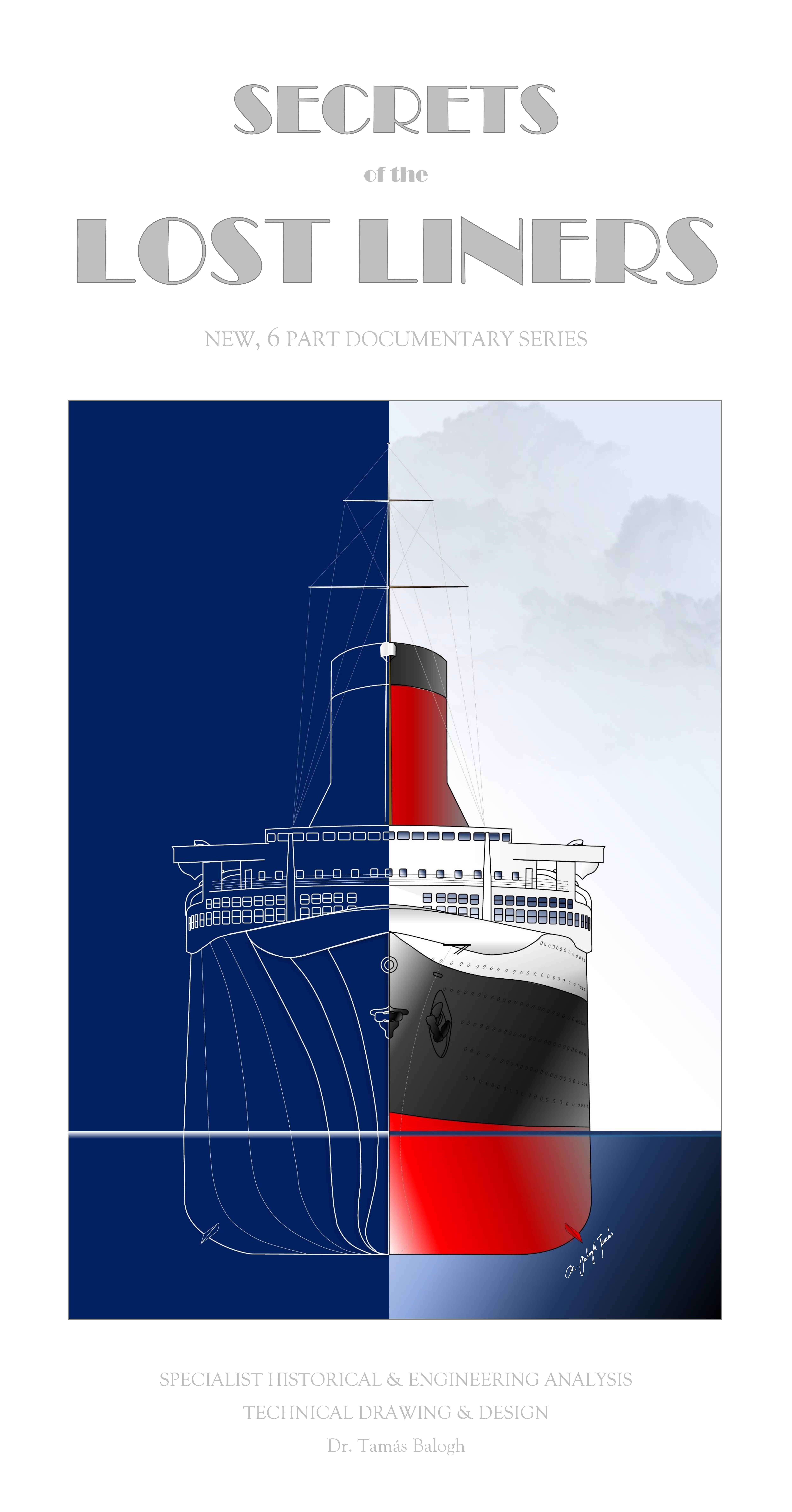 At the end of the joint work, Max Barber acknowledged the quality of our work with a reference letter, responding by this way to the gratitude and joy we felt during the entire periode of the preparation for being able to participate in the project. 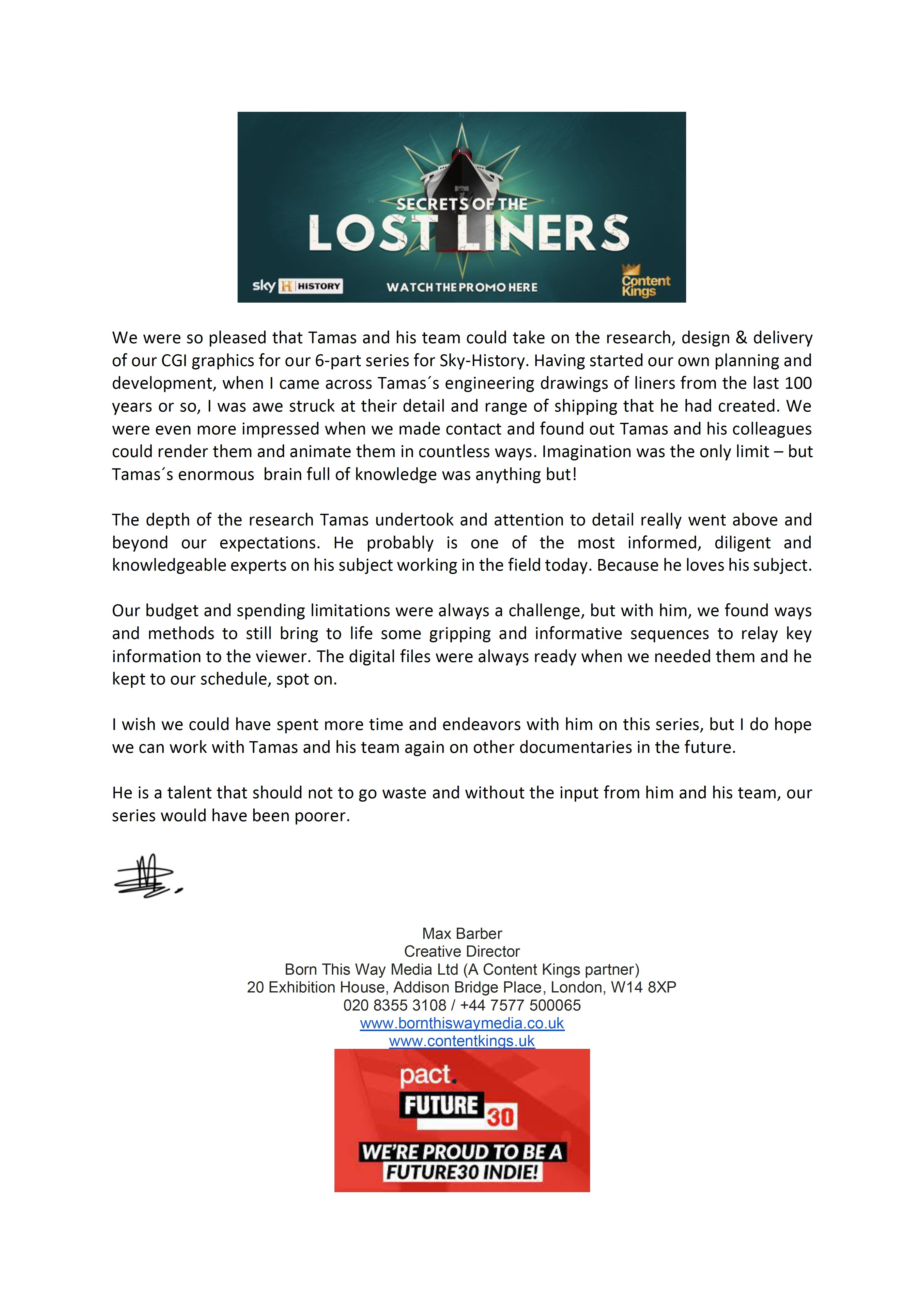